With his 11 million followers on Instagram, Banksy has become a very hyped-up social media icon. You’d think a person with that huge following and global acclaim would be the face of top-notch magazines and the special guest in TV interviews.

Yet, despite the fame, he has maintained an impressive level of anonymity from the public eye. Some speculate that he is a mysterious billionaire with a whopping net worth, and others regard him as a lawbreaker and a rebel of the postmodern society. But most importantly, Banksy has earned a reputation for his work as a street artist.

Interestingly, the story of his art style and technique dates back to the caves.

What is Street Art All About?

Caves played an integral role in the lives of our ancient ancestors. In the paleolithic period millions of years ago, prehistoric humans dwelled in caves. Sometimes, those spheres of rock and stone became their entire universe. For instance, in Plato’s Allegory of the Cave, the cavemen are convinced that nothing lies beyond their own shadows since they have never seen the outside world.

In contemporary times, this notion has become a metaphor for the pigeonholed version of a  subjective reality. To borrow a verse from Hozier, “Any way to distract and sedate/Adding shadows to the walls of the caves.” In art, these cave walls deserve credit for being the first art medium that ancient artists used for experimentation.

In the first chapter of any introductory Art History book, you learn about the handprints on cave walls worldwide. Ancient wall art is well-revered from Cueva de las Manos in Spain to Lascaux caves in Southwestern France. This resourcefulness of our ancestors also marked the beginning of graffiti.

In the last few decades of the twentieth century, Graffiti artists nurtured an entire subculture. The notable names in this art movement primarily belong to angsty teenagers and radical youth who had very few outlets and many things to say. Since modernist societies are tainted by the buzz of city life, it is no wonder that urban walls and subway cars became the medium for graffiti.

Ironically, the authorities soon criminalized spray painting and graffiti-making on general walls by the public. Despite this, our alleyways carry the repertoires of diverse human thoughts and expressions, besides neon signs and tangerine billboard advertisements. And some artisans still turn to the streets to express themselves through art to a natural audience. Banksy belongs to the same category.

What Do We Know About Banksy’s Career?

Banksy appeared on the scene in the early 1990s, when he joined the graffiti gang going by the name of DayBread Z Crew. Citizens spotted his work throughout Bristol and London. Residents narrate that encountering a new sight of his distinguishable graffiti on the town walls was a regular occurrence back then. Eventually, he developed his distinguishable style using stencils. He reveals that the inspiration first came to him when he saw similar work on a police car while his gang hid from the authorities.

Eventually, his work gathered acclaim for its edgy themes and philosophical and social undertones. Rather than just pointlessly spraying the walls neon, it seems like he put a lot of thought into his work. But despite the social commentary he conveyed through art, what made him so famous was the simplicity of his style.

Consequently, his messages were understandable and even amusing to the public. The boldness in his artwork particularly stands out. For instance, he drew inspiration from Monet’s water lilies to design a series of graffiti, except he replaced the lilies with anthropogenic debris. His art often incorporates the elements of neo-dadaism this way.

Banksy’s career had a significant turning point when people began to prize his street art for hefty prices through auctions. While bidders were ready to pay millions for his work, on the one hand, he also casually sold his paintings for prices as low as $60. Besides, he designed and produced the documentary Exit Through the Giftshop, which turned a lot of heads. Interestingly, he has also been in the spotlight for self-shredding paintings.

One of his most famous projects, Girl With the Balloon, was sold for $1.4 million in a 2006 auction. But soon afterward, the painting half slipped out of the gold frame and destroyed itself, making for an amusing spectacle. He called the remnants Love is In the Bin, considering it a new artwork that then broke all records and sold for $25 million this year. It reminds one of Picasso’s quotes (also a caption for one of Banksy’s Instagram posts), “Every act of creation is, first of all, an act of destruction.”

What About Banksy’s Personality?

Banksy’s consistent anonymity constantly adds to his allure. From what we gather from his work and social media, he seems like a politically active person with strong ideologies. His murals on the Westbank have proven provocative for many, and he also became the subject of threats and gunfires from Israeli soldiers.

He also painted two kissing police officers (Kissing Coppers) on a wall, among other potentially pedagogical works. While it could be a message about homosexuality, it may also be a satirical statement about the police institution.

During the recent pandemic, he received applause for painting the GameChanger, depicting a child in monochrome playing with a nurse doll. Most approach it as a recognition of the heroic roles of the healthcare staff in dealing with the pandemic.

After staying at NHS and being the subject of a theft attempt, this painting was auctioned off at Christie’s. He dedicated the impressive receipts of $23 million to charity. Earlier, he had also chipped in for the homeless victims of the refugee crisis. His philanthropic nature and a somewhat ironic aversion to the commercialization of art and culture are also fundamental reasons he remains in the spotlight.

To add to the mess, the legality of his work is also debatable. As graffiti painting is a classified offense, the fact that he has gotten away with it and even promoted public exhibitions sparks hot debates. But whether the hype around his work is justifiable is up for you to decide. 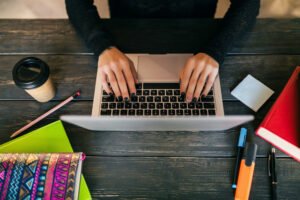 Why Should You Use an Online Art Gallery 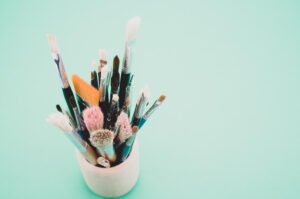 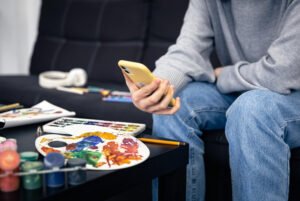 How to Take Good Photos of Your Art on Mobile