Art can be a beautiful form of self-expression. But its beauty stems from the fact that it is unlike any language. It does not have a defined set of rules or grammar for someone to derive a uniform meaning from each piece of art. An open mind and a versatile aesthetic sense are two essential ingredients to write about art.

Each piece has its own interpretations, each one being different for the next individual. This nature may make it difficult for an audience to comprehend and identify a single meaning behind the piece of art. However, while being ambiguous in nature there are pointers you can use to grasp the meaning and write about art.

Recognize the Mood When Writing About Art

Each piece of art always has a setting or a mood attached to it. A painting of a sunny beachside view in a summer setting. A blues-jazz song set in the 80s. A spiritual dance in a festival. A novel describing a cold night. All these are preparations for the delivery of the message within the art and they set the mood for the piece of art to convey its meaning and further emphasize it.

Focus on Writing on the Eye-catchers

Every piece of art has a unique way to grab the audience’s attention. A painting, for example, could have a strong contrast. This is when 2 colors of different tones but high color values are used next to each other which catch the eye. This technique is used in conjunction with the Golden ratio/ Rule of the thirds in paintings in order to direct the focus of the viewer to a certain detail, sort of used as a signal.

Similarly in literature, one should focus on the eye-catcher and try to gain insight on why that specific hook was used for the piece of writing. In dances, colorful dresses, or catchy songs may be used to grab the attention and simultaneously set the mood.

Repetition is done to put emphasis on a certain aspect of the painting or writing. In paintings, repetition of the same color values usually conveys a message. Colder colors can show sadness or sorrow, while warmer colors may mean a brighter, lighter scenario. “A Tale of  Two Cities” by Charles Dickens uses repetition in conjunction with contrast in its opener to emphasize the scenario.

These all are very defined pointers you can grab and flesh out on since they are what the writer is emphasizing on and you can’t go wrong by using these when your write about art. Similarly, choruses in dances and songs repeat the same moves or the same lyrics that the artist wants the audience to recognize.

Think Out of the Box to Write About Art

Reiterating your perspective is also a nice technique to gain more insight. Maybe the elements in the painting are not to be taken in a literal sense. A flag may mean unity or affiliation and not just be a prop. The red color symbolizes romance but also violence, maybe the painting has a double meaning.

In order to grasp the maximum from a painting, it is important that we look at it from different perspectives and think of it in a more symbolic way. Similarly, a scene being described in literature may just be an analogy to a very similar situation and not literally a part of the story/canon arc that is in the novel.

Taking a step back and reading from a fresh start with a different assumption in mind will help in diversifying and possibly capturing what the artist wants to communicate. 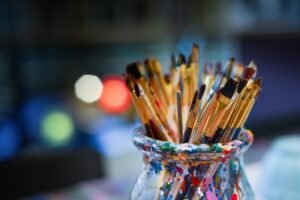 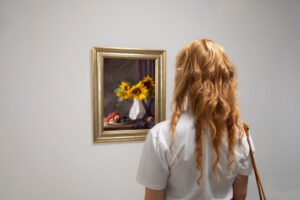 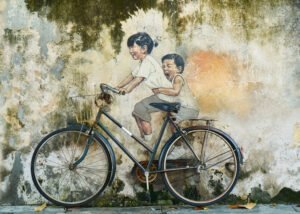