After the Prophet – Book Review

Lesley Hazelton’s After the Prophet has amassed incredible readership and admiration due to its ambitious attempt to encapsulate the Shia-Sunni rift, its reasons, and implications. While some may find her work impressive, a deeper critique reveals how history was not treated as history in the book.

Lesley Hazleton, famous for her work “After the Prophet: The Epic Story of the Shia‑Sunni Split in Islam” is a British-American writer. Hazelton specializes in the realm of politics, religion, and the connection between the two. Born in England, 1945, Hazleton is an award-winner author who has a range of well-known books under her name, one of which is The First Muslim.

Her works regarding Islam have gained popularity and have also aroused curiosity regarding her own faith. While writing on the mother of Jesus (AS), she questions herself how dare she imagine Mary’s life. And she described herself in a reply saying: “Perhaps my own biography is what gives me license: as a Jew who once seriously considered becoming a rabbi, a former convent schoolgirl who daydreamed about being a nun, an agnostic with a deep sense of religious mystery though no affinity for organized religion.” On one occasion, she put it in the following words: “Everything is a paradox. The danger is one-dimensional thinking.”

After the Prophet – More of a Novel Than a Narrative History

The book seems more like a novel than a historic document, or even a narrative history. Hazelton treated historic characters as they came out from the “Epic”. In Epic, the characters have no historic background and the writer creates them the way they want.

She seems very certain about the thoughts of people who lived 1400 years ago. The very beginning of chapter one is:

“If there was a single moment it all began, it was that of Muhammad’s death. Even the Prophet was mortal. That was the problem. It was as though nobody had considered the possibility that he might die, not even Muhammad himself.”

Saying that Muhammad (PBUH) didn’t see his death coming is a personal opinion and a catchy statement contradicting the Quran; the one book on which all factions of Islam agree.

Quran [3:144]: “Muhammad is but a messenger, there have been messengers before him. So, if he dies or is killed, would you turn back on your heels?”

Where Prophet Muhammad (PBUH) said in the same year of his death: “I am leaving behind two things: the Book of Allah and the Sunnat.” (Mustadrak Hakim) [“Ahl e Bait” instead of “Sunnat” in some versions]

And few pages later, contradicting her above stance; she writes: “It is clear that Muhammad knew he would die, if not quite yet.” The beginning of the book dramatically addresses the 2004 Karbala blasts and then the story jumps 1400 years back. Such a shift of timeline also suggests that the book is written in a Novel-like format.

The book covers the death of Muhammad (PBUH) in detail and conveys the behavior of his family and companions during his illness. Hadith of pen and paper scenario is discussed. She states the tale of the necklace and how it caused stigma between the Shia and Sunni factions.

Hazelton shared her view that if there was a single person who seemed destined to be Muhammad’s successor then he would be Ali (AS). The book discusses the era of Caliphs, especially the era of Ali (AS). The barking of dogs at Hawa’b and the aftermath of “Battle of Camel” along with the battle of Siffin, Nahrawan, and its implications are discussed. And lastly, the heart-wrenching event of Karbala and Imam Hussein (AS) is discussed.

A Symbolic Work – Reviews and Opinions

“A remarkable and respectful telling of the story of Islam–a tale of power, intrigue, rivalry, jealousy, assassination, manipulation, greed, and faith that would have made Machiavelli shudder (had he read it), but above all it is a very human story, told in a wonderfully novelistic style that puts most other, often dreary, explanations of the Shia-Sunni divide to shame.” – Hooman Majd

“A page-turner that reads like an incredible cross between a suspense thriller and a fairy tale. All the elements of a fantastic story are here: intense spirituality; murder, violence, and bloodshed; dynastic power struggles, poison, and atrocities; wife murdering husband; slave killing caliph; inspiring heroes; dastardly villains; heresy and apostasy. The implications of [After the Prophet] are huge. – The Free Lance-Star

“Hazleton succeeds in bringing out the truly epic character of the Shia-Sunni split, telling the story with great empathy.” – Madelung

“Hazleton not only recounts the facts behind the split but also expertly uses centuries-old accounts to convey the depth of emotional and spiritual associations bundled within a simple word like ‘Karbala. – The Seattle Times

Was the writer biased?

There is no question of the writer being biased or not. In its essence, the book is still technically recognized as a narrative history. The story is the writer’s point of view and a venture to understand the long-going conflict between the Shias and the Sunnis.

Is the storyline credible?

The biggest flaw of the book is its novel-like treatment. In a novel, a story is usually intense where the case is not the same for history. History often has multiple versions, and a novel with a strong timeline can’t grasp every aspect.

“Al-Tabari understood that human truth is always flawed – that realities are multiple and that everyone has some degree of bias. The closest one might come to objectivity would be in the aggregate, which is why he so often concludes a disputed episode with that time-honored phrase, Only God knows for sure.”

Ironically, Hazelton forgot that the “realities are multiple” while narrating and setting one-timeline. She has also cited multiple sources but most major events are narrated without multiple references. 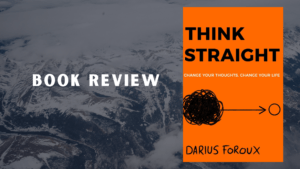 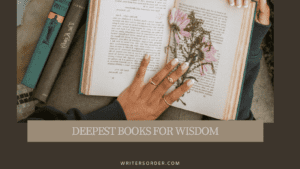 The Five Deepest Books to Read for Wisdom